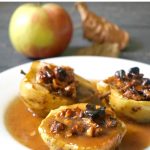 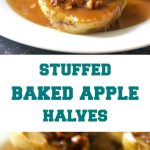 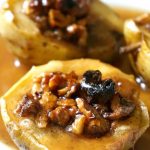 Stuffed Baked Apple Halves with walnuts, brown sugar and cinnamon, in a rich buttery sauce that has a hint of maple syrup, a true Fall delicacy to lick your fingers clean. Super simple, but so flavourful, these oven-baked apples are the best dessert one can get. It’s a fantastic Thanksgiving dessert that kids and grown-ups will adore. 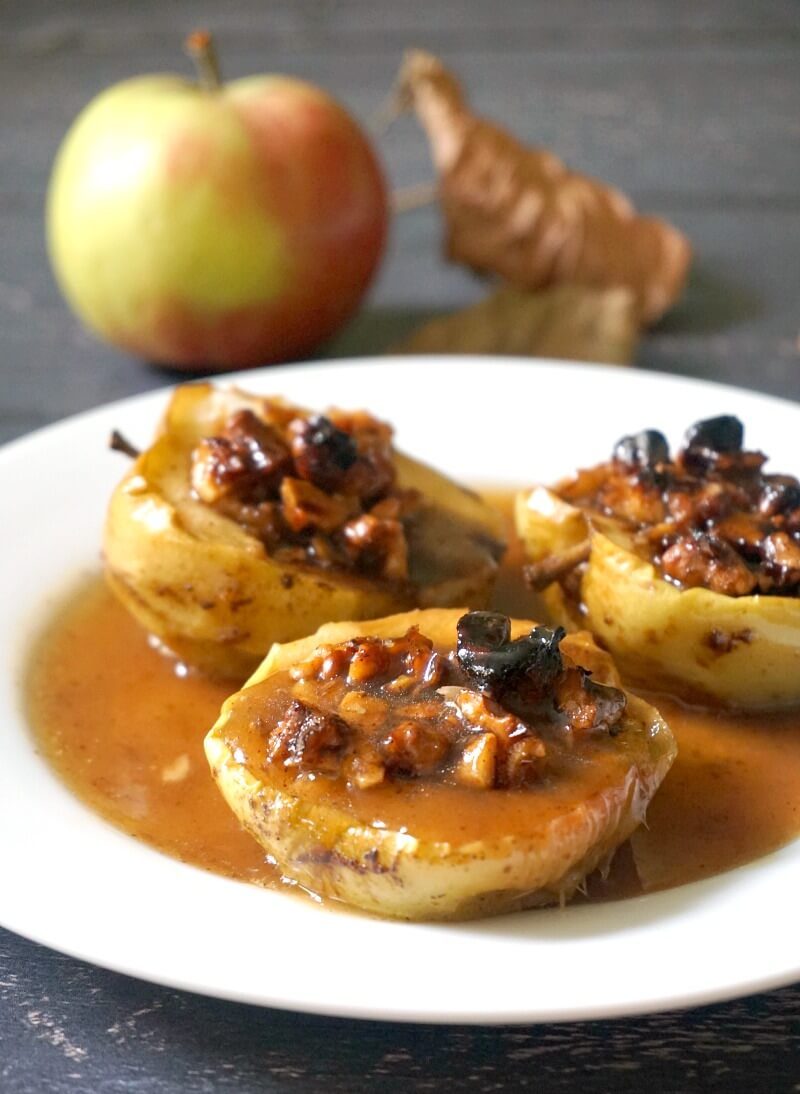 With Autumn in full swing, and an abundance of seasonal fruit and vegetables, it’s time we got baking with the fresh produce we have. I know that the humble apple is available in any shop all year round nowadays, but don’t you think it tastes better in Autumn? I think it does.

Every season has its own magic, but there is something about Fall that makes is so special. I wish l were in the countryside at this time of the year so l can hand pick myself all these beauties. There are lots of different apple varieties to choose from, so just choose the ones you like best. Baked in the oven, they all taste so good, trust me.

And if you have lots of apples around, why not bake this Easy Apple Pie Recipe from Scratch? Or perhaps a good old Apple and Plum Crumble? For a vegan treat, I highly recommend these Easy Mini Apple Pies, they taste just like the real deal. And in time for Halloween, my Trick-Or-Treat Red Candy Apples are just perfect. 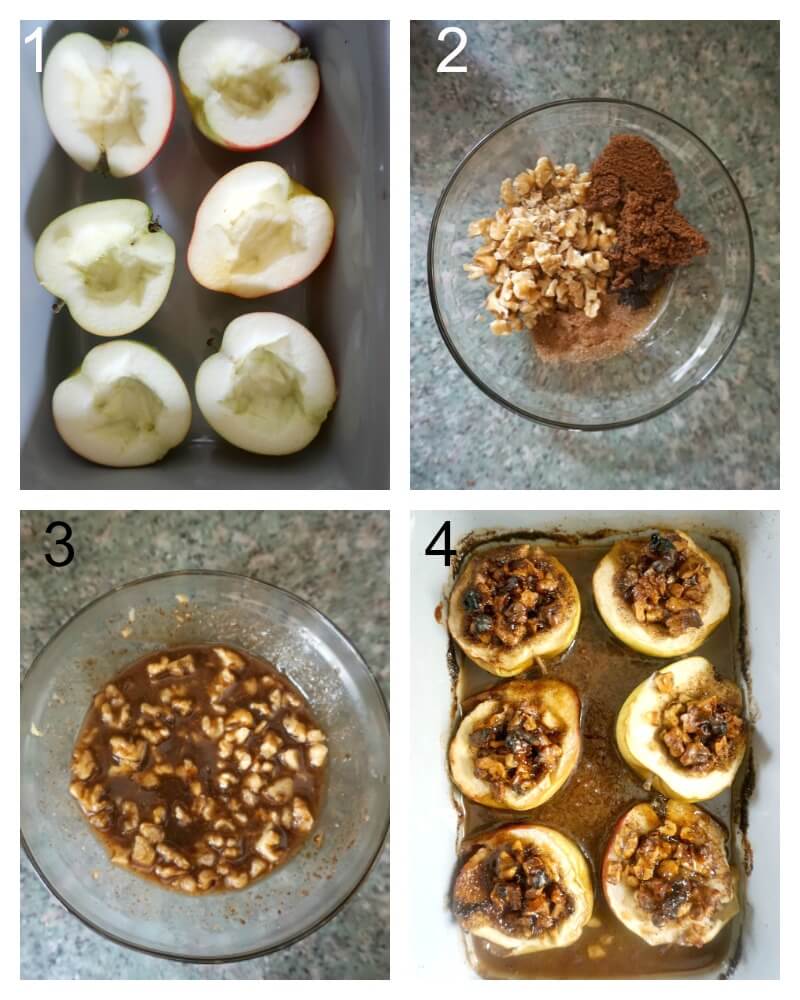 The prep is minimal, and it only takes about 5 minutes or so, nothing complicated at all. If you don’t want to half the apples, just core them, and stuff following the same instructions.

Once the apples are baked, the sauce is slightly thicken and has the wonderful juices and flavours released but apples and walnut filling. It’s not compulsury to use the cornflour, but it’s important to add water so that the apples don’t stick to the dish and brown too quickly before they soften. 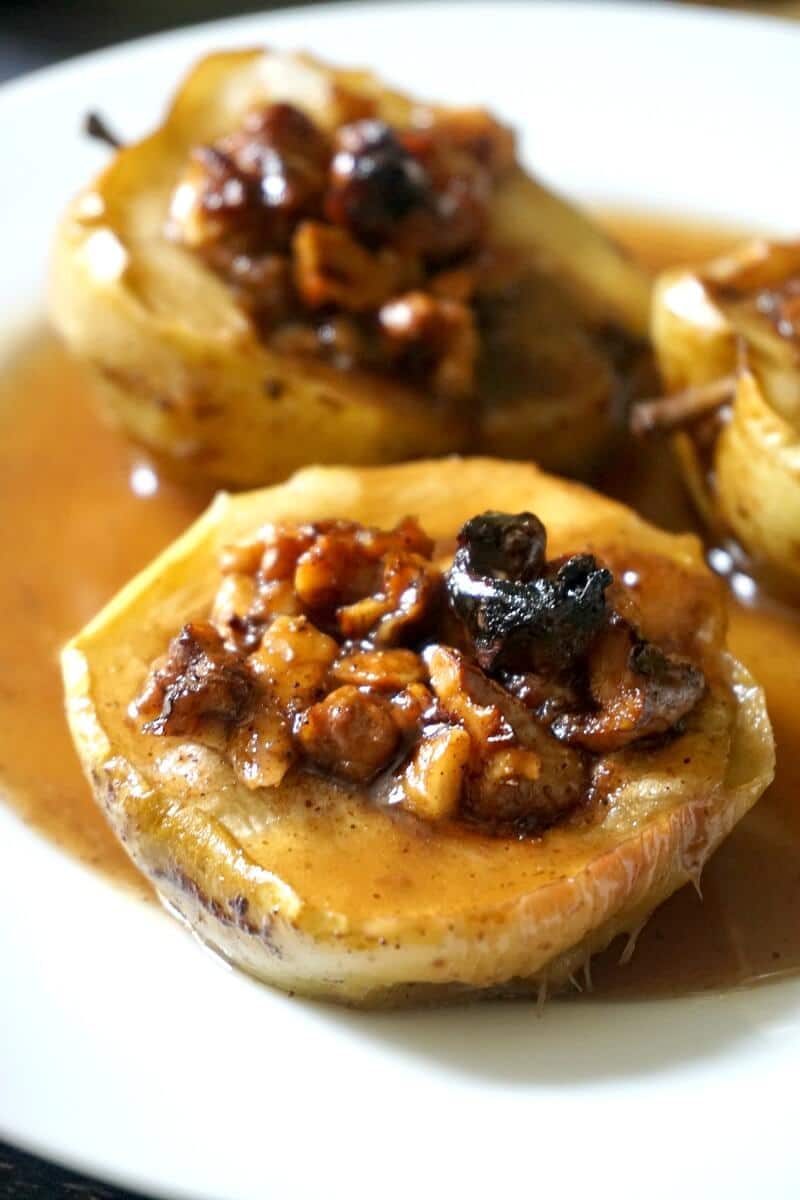 What to serve with baked apples

These delicious baked apples already have a sauce which can be poured over when serving them. It’s such a flavourful caramel sauce with a delicate apple flavour. And it’s all made at without any extra prep or effort.

But if you want to take these baked apples to the very next level, serve them with a nice vanilla ice cream in order to get a complete restaurant-style dessert. Whoever said that apples are boring? 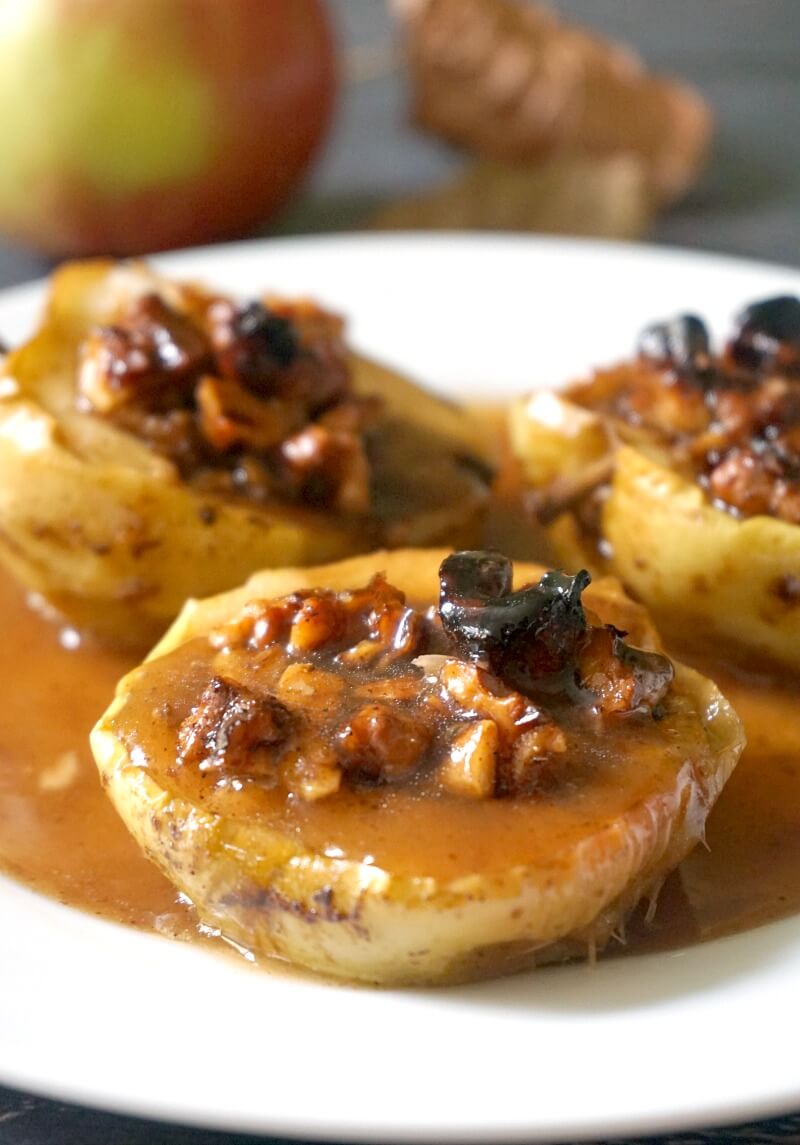 If you liked my STUFFED BAKED APPLE HALVES or any other recipe on the blog then don’t forget to rate the recipe and let me know how you got on in the comments below, I love hearing from you! You can also FOLLOW ME on FACEBOOK, INSTAGRAM and PINTEREST to see more delicious food and what I’m getting up to. 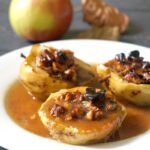 Stuffed Baked Apple Halves with walnuts and cinnamon, in a rich buttery sauce that has a hint of maple syrup, a true Fall delicacy to lick your fingers clean. Super simple, but so flavourful, these baked apples are the best dessert one can get.